First,  we watched this short animation that I found on Youtube.

To help the students understand the size and position of the Earth, Moon, and Sun, the students became these three space objects.   The majority of the students pushed their desks together, climbed on top and held a sun made out of butcher paper. 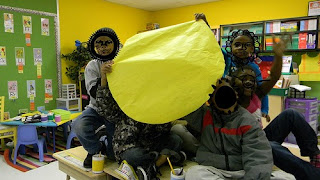 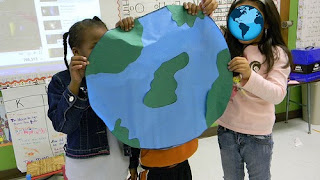 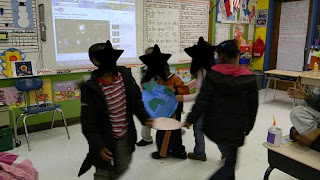 This was so much fun and the students really began to understand how these three space objects work together!

Jena Snowden
Texas
I am a first grade teacher who loves her students, blogging, reading, painting, taking pictures making crafty crafts and blog designs. I love God, my family, my friends, and my dogs. 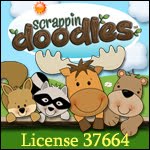